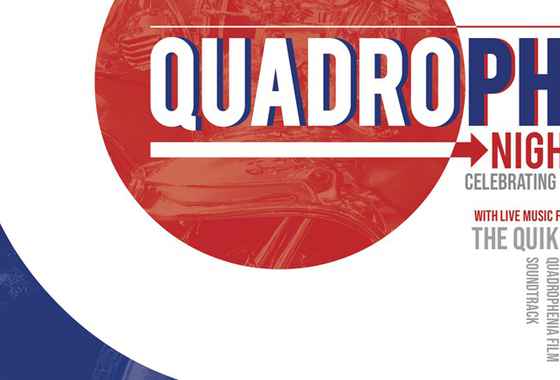 To celebrate the 40th anniversary of the release of Franc Roddam’s cult classic movie the Artrix offers a night of live music drawn from the film Quadrophenia. Top tribute bands The Whoo and The Quik Beats will be joined by a variety of guest musicians to perform hits from rock giants The Who and other iconic 1960s tracks featured in the film in a reprise of this popular Artrix original show.

In October 1979 a movie burst onto cinema screens across the country that ignited a revival of the youth movement known as ‘Mod’. The movie introduced new, post-punk teenagers, to the tribalism and music of 1960s Britain and sparked a new nostalgia for the fashion, transport and sounds of mod culture. This show seeks to evoke the era portrayed in the movie through authentic live music performances.

To help add to the atmosphere anyone going is being invited to attend dressed in the styles of the era depicted in the film and display their scooters and motorcycles on the theatre forecourt.